The cocoa beans of Eden Cacao Estate coming from Dominican Republic, cross the Atlantic Ocean onboard the TRES HOMBRES (Fairtransport).

The 32 meters schooner Tres Hombres has been sailing since December of 2009. She will maintain a shipping route for transport of cargo between Europe, the Islands in the Atlantic, the Caribbean and America.

The Blue Schooner company has chartered the cargo Schooner, GALLANT, since November 2017. She also maintains a shipping route for transport of cargo between Europe, the Islands in the Atlantic, the Caribbean and America.

This is a great opportunity for Kakaoarbo to make a step forward and use the most sustainable way to transport its cocoa beans and sugar, making the chocolate bars 100% made of ingredients transported by the power of the wind!... and, not to forget, a lot of human power as well!

I have been visiting the Tres Hombres and meeting her crew while sourcing cocoa beans in the Dominican Republic, and I can tell you, the cocoa beans are in good hands. THANKS to them !

A part of the crew is made of professional sailers and the rest are trainees. The trainees have none or very little sailing experience and joined the trip to learn by helping the professional crew. For example Mickael, a farmer from north USA, left everything and sold his business to learn sailing along the Tres Hombres. It's a real adventure for all of them, more than a simple occupation or job, it's a passion and a challenge. 24 hours a day. Thibaut, an other trainee, says : "It's a real lesson of humanity : there's no way of escaping on the boat so you have to learn being 24h/day with the rest of the crew".

It's a hard job, exhausting, very little sleeping time, watches during the night, ... but at the end none of them regreets the trip.

Unloading the ship from its cargo when it arrives in Europe is one of the most exiting step of the whole process of making chocolate from bean to bar ! And I wish to every single chocolate maker to experience this. It's like enjoying something you have been waiting for long time. The crew sails for about half a year to finally bring back the best cocoa beans filled with the energy of the ocean. And tradition is tradition, it has to be unloaded by hand and with music ! 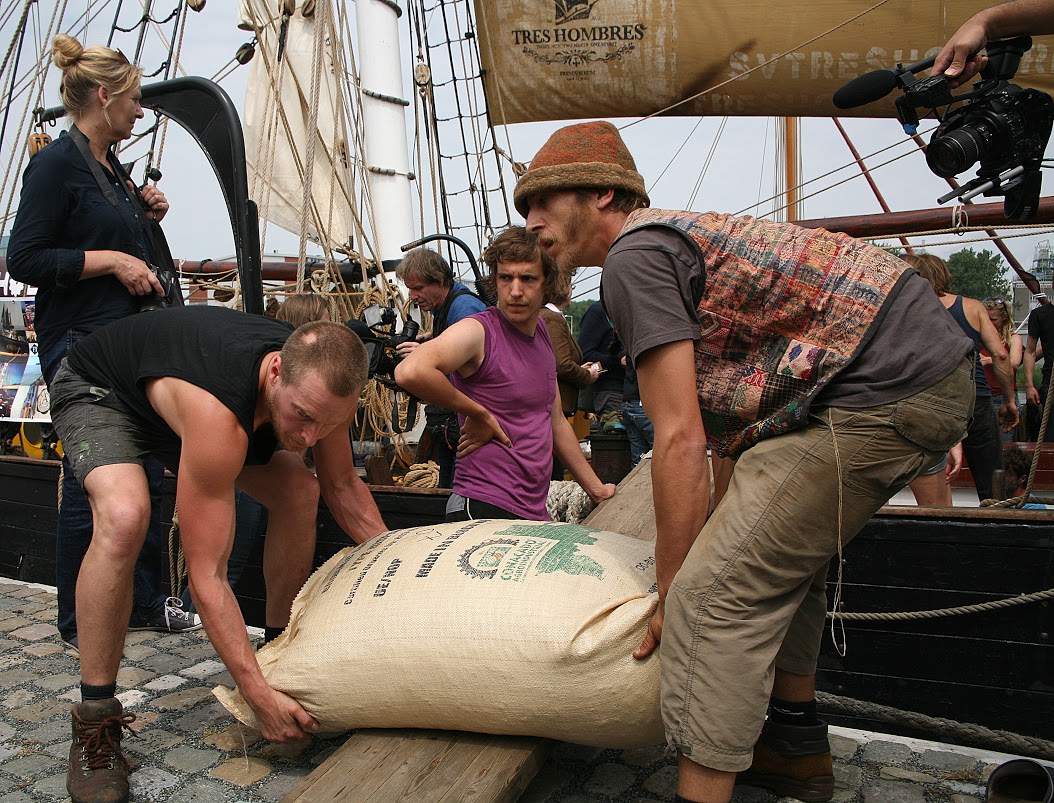 Not even 100 years ago, there were still a lot of those boats, sailing and shipping all around the world just using the power of the wind. Some needed no more than 13 days to cross the atlantic ! They are now just part of museums. I wish our grand childrens are going to visit museums with useless big cargoships while the oceans will be full of sailing boats back on duty !

First of all we could avoid most of importations by producing locally.

Then we could import only products that cannot be produced locally. Those should be considered as luxury, and consumed in small amount.

Am I a dreamer ?... For the Earth, for the life, and for the next generations, I hope I'm not. 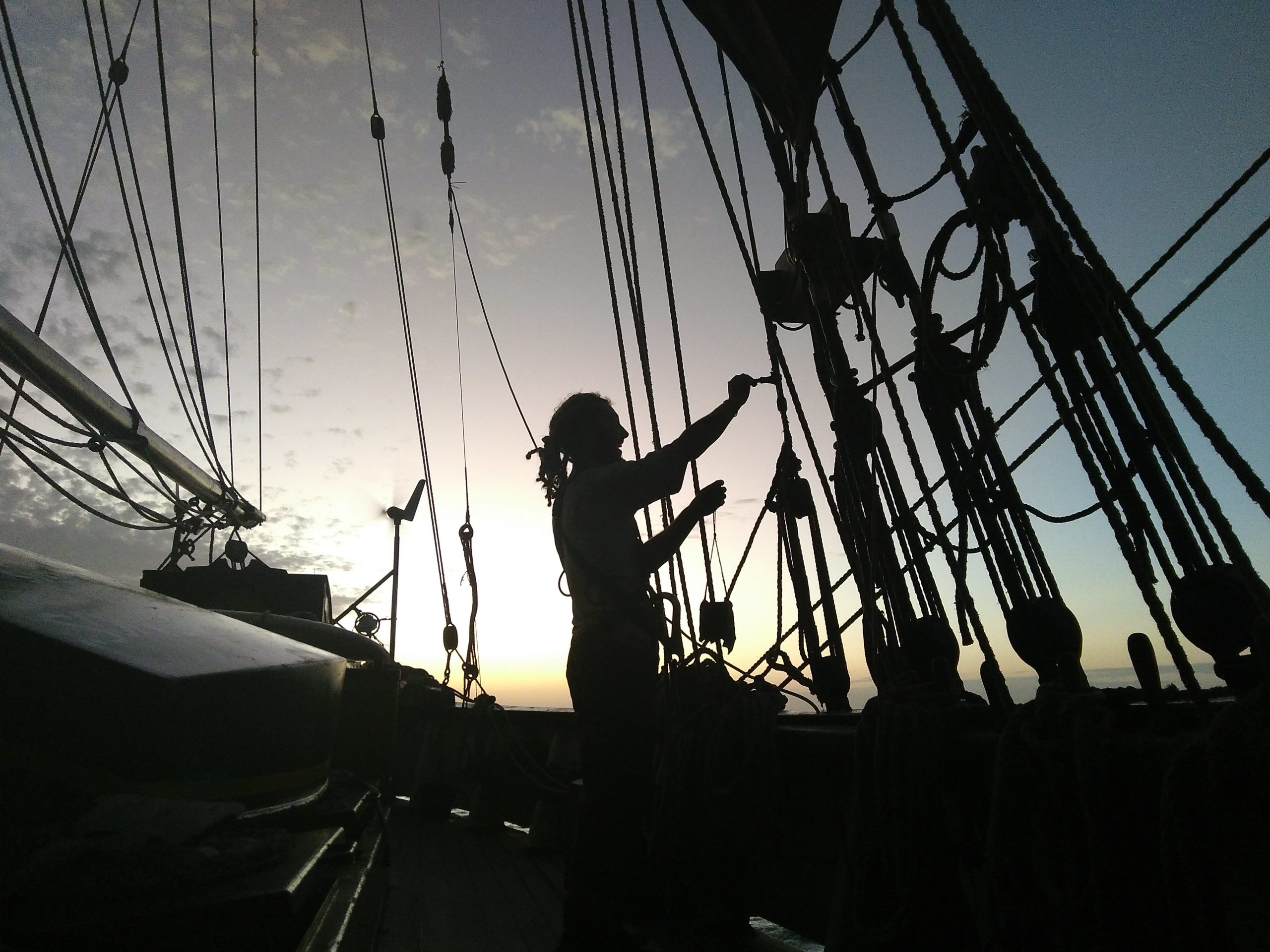